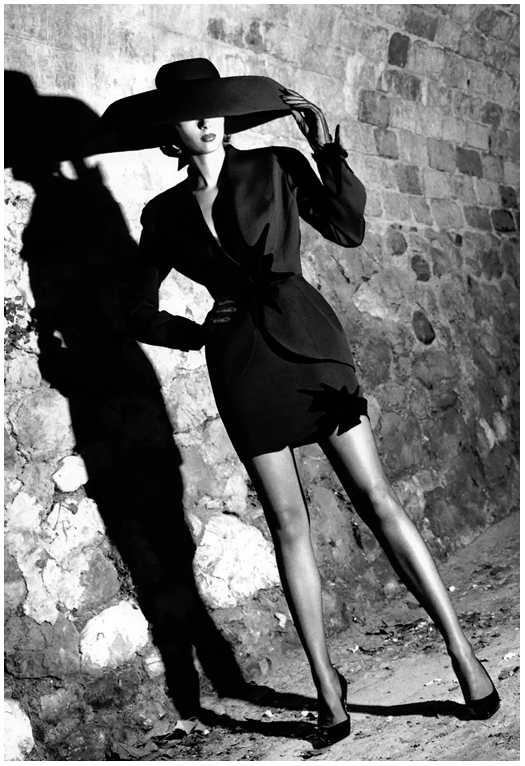 Known for his spectacular runway shows and fetishistic style, Thierry Mugler helped to define fashion for over two decades. Starting off his career designing for legendary avant-garde Parisian boutique Gudule in the late 60s, Mugler soon moved on to creating collections under his own eponymous label for which he’d stage fashion spectacles featuring outlandish and wildly ostentatious ensembles. From otherworldly creatures with feathered headpieces to space-age pastel-hued bubble wigs and hair fashioned into devils horns, season after season the beauty looks were a treat for the eyes as models were transformed into the wildest of fantasies. “My reason for working is to make people dream,” the enfant terrible of fashion told the New York Times in 1990.

For over two decades, Mugler was a reigning force in fashion, an enfant terrible who defied bourgeois sensibilities with his spectacular looks and magnificent, sometimes almost hour-long runway shows. “I have always been fascinated by the most beautiful animal on the Earth: the human being,” Mugler revealed on the occasion of the exhibition’s announcement. That fascination led him to create clothes which transformed the wearers into futuristic femme fatales, whose superpowers were seduction and self-assurance.

Equal parts innovator and iconoclast, Mugler’s designs became works of art, sculptures to be donned by divas, goddesses, and primadonnas who could transform into exotic creatures, erotic enigmas, and fantastical archetypes – perfectly timed with the rise of supermodel in the late 80s and early 90s. In shows that were more like dramatically orchestrated performances than what we see on the catwalk today, all the legends walked in Mugler’s famous creations – Naomi Campbell in one of those chrome and fibreglass car bodies, Cindy Crawford in a bondage bodysuit with nipple tassels, Linda Evangelista in a sequinned wig and gown, Eva Herzigova surrounded by red feathers... the list goes on.

Although he left the label in 2001, Mugler’s legacy has endured and his influence continues to resonate through the industry and pop culture (see Cardi B at the Grammy’s this year or Kim K’s recent cut-out vintage dress). And now the Kunsthal Rotterdam is celebrating the work of Mugler with a new exhibition – the first solo exhibition of the French designer’s work – showing over 130 of Mugler’s most iconic designs from 1973 to 2001.

To mark the opening of Thierry Mugler: Couturissime we have collected the most amazing collection of vintage Mugler garments. Having spoken with the designer himself in Rotterdam; 035Vintage was left so impressed by the designer’s remarkable speech, prescence, knowledge and wit, that we have decided to make it our mission to collect the most highy coveted of rare Mugler pieces.